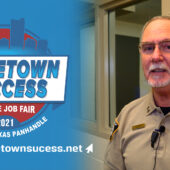 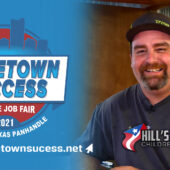 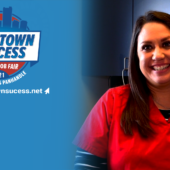 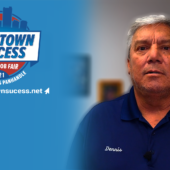 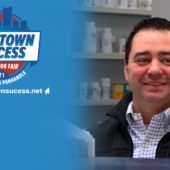 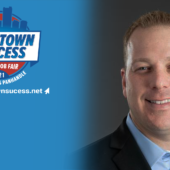 Reporters that work in television set up and conduct interviews, which may be broadcast live or recorded for future broadcasts.

Reporters, correspondents, and broadcast news analysts inform the public about news and events happening internationally, nationally, and locally. They report the news for newspapers, magazines, websites, television, and radio.

Reporters, correspondents, and broadcast news analysts typically do the following:

Reporters and correspondents, also called journalists, often work for a particular type of media organization, such as a television or radio station, newspaper, or website.

Those who work in television and radio set up and conduct interviews, which can be broadcast live or recorded for future broadcasts. These workers are often responsible for editing interviews and other recordings to create a cohesive story and for writing and recording voiceovers that provide the audience with the facts of the story. They may create multiple versions of the same story for different broadcasts or different media platforms.

Journalists for print media conduct interviews and write articles to be used in newspapers, magazines, and online publications. Because most newspapers and magazines have print and online versions, reporters typically produce content for both versions. This requires that they stay up to date with new developments of a story so that the online editions can be updated with the most current information.

Reporters and correspondents may need to maintain a presence on social media networking sites. Many use social media to cover live events, provide additional information for readers and viewers, promote their stations and newscasts, and engage with their audiences.

Some journalists, particularly those in large cities or large news organizations, cover a particular topic, such as sports, medicine, or politics. Journalists who work in small cities, towns, or organizations may need to cover a wider range of subjects.

Reporters who cover international news often live in another country and report news for a specific region of the world.

Some reporters—particularly those who work for print news—are self-employed and take freelance assignments from news organizations. Freelance assignments are given to writers on an as-needed basis. Because freelance reporters are paid for the individual story, they work with many organizations and often spend some of their time marketing their stories and looking for their next assignment.

Reporters also may collaborate with editors, photographers, videographers, and other journalists when working on a story.

Some people with a background as a reporter or correspondent work as postsecondary teachers and teach journalism or communications at colleges and universities.

Broadcast news analysts, also called anchors, lead news shows on television or radio. Others are news commentators, who analyze and interpret news stories and offer opinions. Some news commentators come from fields outside of journalism and have expertise in a particular subject—for example, politics, business, or medicine—and are hired on a contract basis to provide their opinion on the subjects being discussed.

Reporters and correspondents spend a lot of time in the field conducting interviews and investigating stories.

Reporters and correspondents spend a lot of time in the field, conducting interviews and investigating stories. Many reporters spend little to no time in an office. They travel to be on location for events or to meet contacts and file stories remotely.

Working on stories about natural disasters or wars can put reporters in dangerous situations. In addition, reporters often face pressure or stress when trying to meet a deadline or cover breaking news.

Most reporters, correspondents, and broadcast news analysts work full time. Reporters may need to work additional hours or change their schedules in order to follow breaking news. Because news can happen at any time, journalists may need to work nights and weekends. Broadcast news analysts may also work nights and weekends to lead news programs or provide commentary.

How to Become One

Journalists need to be persistent in their pursuit of the story as getting the facts of the story can be difficult, especially when those involved refuse to comment.

Employers generally prefer to hire reporters, correspondents, and broadcast news analysts who have a bachelor’s degree in journalism or communications along with an internship or work experience from a college radio or television station or a newspaper.

Most employers prefer workers who have a bachelor’s degree in journalism or communications. However, some employers may hire applicants who have a degree in a related subject, such as English or political science, and relevant work experience.

Bachelor’s degree programs in journalism and communications include classes in journalistic ethics and techniques for researching stories and conducting interviews. Some programs may require students to take liberal arts classes, such as history, economics, and political science, so that students are prepared to cover stories on a wide range of subjects. Students may further specialize in the type of journalism they wish to pursue, such as print, broadcast, or multimedia.

Journalism students may benefit from classes in multimedia design, coding, and programming. Because content is increasingly being delivered on television, websites, and mobile devices, reporters need to know how to develop stories with video, audio, data, and graphics.

Some schools offer graduate programs in journalism and communications. These programs prepare students who have a bachelor’s degree in another field to become journalists.

Employers generally require workers to have experience gained through internships or by working on school newspapers, college radio stations, or college TV stations. While attending college, many students seek multiple internships with different news organizations. These internships allow students the opportunities to work on stories and to put together a portfolio of their best writing samples or on-air appearances.

News commentators who come from a field outside of journalism typically have expertise in areas on which they comment.

Work Experience in a Related Occupation

Broadcast news analysts sometimes need work experience as reporters and correspondents. For example, it might take a field reporter at a local news station a few years to become that station’s anchor.

Communication skills. Reporters, correspondents, and broadcast news analysts must be able to report the news. Strong writing skills are important for journalists in all kinds of media.

Computer skills. Journalists should be able to use editing equipment and other broadcast-related devices. They should also be able to use multimedia and coding software in order to publish stories on websites and mobile devices.

Interpersonal skills. To develop contacts and conduct interviews, reporters need to build good relationships with many people. They also need to work well with other journalists, editors, and news directors.

Persistence. Sometimes, getting the facts of a story is difficult, particularly when those involved refuse to be interviewed or to provide comment. Journalists need to be persistent in pursuing the story.

Stamina. The work of journalists is often fast paced and exhausting. Reporters must be able to keep up with the additional hours of work.

In May 2019, the median annual wages for reporters, correspondents, and broadcast news analysts in the top industries in which they worked were as follows:

Most reporters, correspondents, and broadcast news analysts work full time. Reporters may need to work additional hours or change their schedules in order to follow breaking news. Because news can happen at any time, journalists may need to work nights and weekends. Broadcast news analysts may also work nights and weekends to lead news programs or provide commentary.

Overall employment of reporters, correspondents, and broadcast news analysts is projected to decline 11 percent from 2019 to 2029. Declining advertising revenue in radio, newspapers, and television will negatively affect the employment growth for these occupations.

Readership and circulation of newspapers are expected to continue to decline over the next decade. In addition, television and radio stations are increasingly publishing content online and on mobile devices. As a result, news organizations may have more difficulty selling traditional forms of advertising, which is often their primary source of revenue. Some organizations will likely continue to use new forms of advertising or offer paid subscriptions, but these innovations may not make up for lost print-ad revenues.

Declining revenue will force news organizations to downsize and employ fewer journalists. Increasing demand for online news may offset some of the downsizing. However, because online and mobile ad revenue is typically less than print revenue, the growth in digital advertising may not offset the decline in print advertising, circulation, and readership.

News organizations also continue to consolidate and increasingly are sharing resources, staff, and content with other media outlets. For example, reporters are able to gather and report on news for a media outlet that can be published in multiple newspapers owned by the same parent company. As consolidations, mergers, and news sharing continue, the demand for journalists may decrease. However, in some instances, consolidations may help limit the loss of jobs. Mergers may allow financially troubled newspapers, radio stations, and television stations to keep staff because of increased funding and resources from the larger organization.

Reporters, correspondents, and broadcast news analysts are expected to face strong competition for jobs. Those with experience in the field—experience often gained through internships or by working for school newspapers, television stations, or radio stations—should have the best job prospects.

Multimedia journalism experience, including recording and editing video or audio pieces, should also improve job prospects. Because stations and media outlets are increasingly publishing content on multiple media platforms, particularly the web, employers may prefer applicants who have experience in website design and coding.